Another lawyer here in Miami recently wrote an interesting article for the Huffington Post about this important issue, titled Should Cruise Ships Allow Sexual Offenders to Sail?

The article points out, believe it or not, that there is a travel-related resource which caters to registered sexual offenders called Resources for RSO Travels, which published a blog post Can Registered Sex Offenders Go on a Cruise? The article answers its own question, writing “the answer is YES!” but further explains that there are some cruise line which block sexual offenders from cruising:

When I read the article, I find it disturbing that the registered offenders’ blog characterized Royal Caribbean and Carnival as “notorious” for prohibiting sexual offenders from cruising and not characterizing NCL, MSC and HAL as “notorious” for permitting sexual predators to board their cruise ships. I suppose that’s part of the problem with many sexual offenders. Even after being criminally convicted of their sexual crimes and placed on the National Sex Offender Public Website, they think 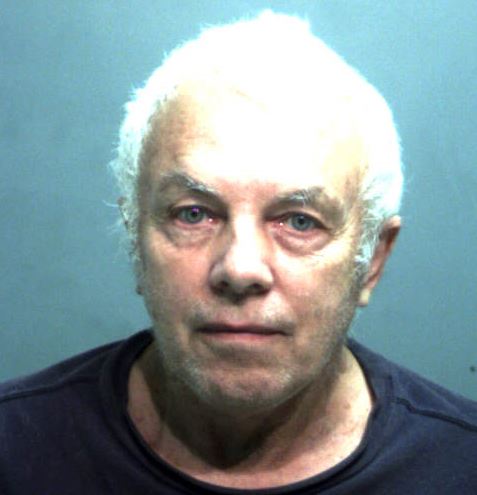 that they really didn’t do anything wrong and they should be entitled to the same privileges as people who didn’t commit sexual crimes.

I have represented far too many people sexually assaulted on cruise ships, including dozens of children sexually abused during cruises, to have any tolerance for sexual offenders protesting that they were not permitted to cruise.

Some men go on cruises for the primary purpose of abusing children. A couple of years ago, I wrote about a 71 year old man from Pennsylvania (photo left) who cruised on the Royal Caribbean Liberty of the Seas and went went into the cruise ship’s water zone and fondled a 6-year-old boy. He attempted to fondle a second child in an adjoining Jacuzzi. At a hearing before a Federal Magistrate in Pennsylvania, an FBI agent testified that the pedophile admitted that he went on the cruise to “have a sexual encounter with a young boy.” (There was no indication that the man was on a sexual offender database at the time of the cruise; shortly after this incident Royal Caribbean starting performing background checks of passengers).  The man was convicted, served jail time and when released from jail he attempted to molest other children.

But don’t expect the U.S. government or port authorities (at either the state or national levels) to perform background checks and prevent sexual offenders from cruising.  Homeland Security and the U.S. Customs and Border Protection may arrest sexual predators who have an outstanding warrants but they usually do so only after the cruise ship returns to port.

For example, a 28 year-old man (photo right) was arrested while disembarking the Carnival Inspiration at the Port of Tampa a few years ago. His name was flagged by a sweep of the manifest of 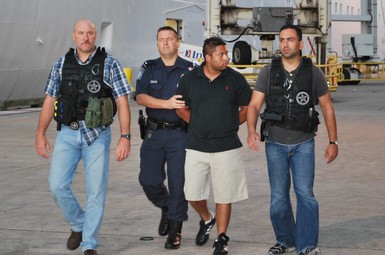 If you take a cruise, you may be cruising with at least one felon aboard. U.S. Customs and Border Protection arrested five passengers on outstanding warrants only after the Carnival Magic returned to port in Galveston several years ago.

Cruise lines should do everything possible to keep pedophiles, sexual predators and sexual offenders  off of cruise ships. Yes, I realize that all sexual offenders are not pedophiles or technically “sexual predators” (who by definition must have been convicted of a first degree sexual crime or multiple lesser sexual crimes). But it is a step in the right direction for cruise lines to perform background checks on passengers to screen out such people convicted of sexual crimes.

Over the years, I have received many questions from people wanting to go on a cruise asking whether registered sexual offenders are allowed to cruise.  Usually, their inquires are anonymous. They claim that a “friend” is thinking of going on a cruise. They explain that their “friend” is a “really nice guy” who made a mistake a “long time ago” and is now “no threat to anyone” and other similar gobbledygook.

A particularly annoying occurrence is when a registered sexual offender complains to me that they booked a cruise and received an email at the last minute that they are prohibited from going on the cruise. I have received many of these type of inquiries over the last several months from men convicted of sexual crimes and listed as registered offenders wanting to cruise with Carnival.  Although the cruise line always refunds their fares, several people have complained that they have been “inconvenienced” and want to see if they a lawsuit for being a victim of  “discrimination.”

I do not respond to such inquires, which have involved to date only people who had booked cruises with Carnival and Royal Caribbean and were notified by these cruise lines that they had been identified on a sexual offender database. The registered offenders who contact my law office remind me that most families who cruise have no idea who they are cruising with.  So kudos to Carnival and Royal Caribbean for keeping known sexual offenders off their ships and trying to keep their guests safe. Shame on the other cruise lines who don’t perform such background checks.

The bottom line is that there is no law to my knowledge prohibiting sexual offenders from cruising. Even if there were such a law, our federal government does a poor job vetting passenger manifests and probably would not find out until after the cruise ship leaves port. It’s up to the cruise lines to screen their passengers and most cruise lines don’t. It seems like only Carnival and Royal Caribbean do.

Keep in mind that most of the sexual assaults of passengers are committed by crew members.  Few countries other than the U.S., Canada, the U.K. and Australia have sexual offender databases, and very few countries have any online databases permitting any cruise line or hiring agents from knowing whether job applicants from the countries where crew members are hired (India, Indonesia, and the Caribbean islands) have been arrested or convicted of sexual or violent crimes. (And of course passengers from non U.S. countires without sexual offender databases cannot be screened).