Its been an interesting two days watching the live streaming video of the "parbuckling" project which raised the stricken Costa Concordia out of the sea. The submerged, starboard side of the cruise ship, which has been underwater and resting on the seabed, is now strangely warped and disfigured.

It took some 19 hours to right the cruise ship. Much of the activity took place late at night.  Some say that it was like watching paint dry, although I found it interesting.

It’s a rather amazing thought that although Costa (Carnival) offered less than $15,000 per passenger in compensation for the harrowing near-death experience of escaping from a sinking ship and leaving all of your possessions begind, the cruise line and its underwriters committed over $800,000,000 (and counting) to tilt the vessel upright.

For those of you who didn’t have the time or inclination to watch the raising of a ship over three football fields long and over 114,000 gross tons, below is a time-lapse video of the event. You can watch the Concordia being raised from the water in 30 seconds. 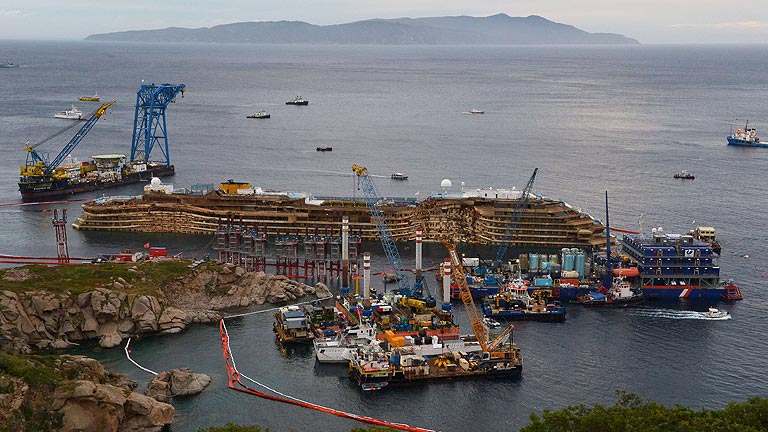