Mr. Skye was represented by Jason Margulies and Michael Winkleman, of the law firm Lipcon, Margulies, Alsina and Winkleman, who I interviewed for this article.

According to Mr. Margulies, “this case is, to our knowledge, a case of first impression that has never before been brought.” 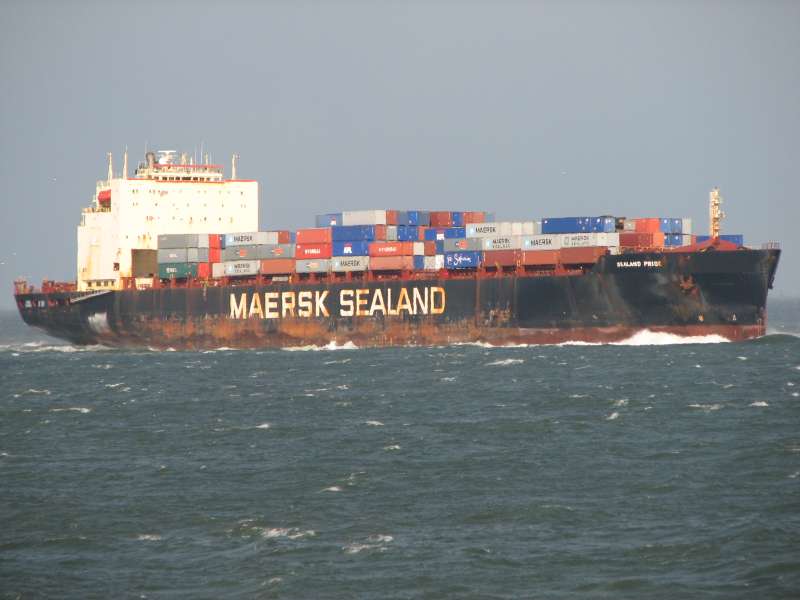 Mr. Skye alleged that he was assigned and required to perform so many duties in connection with his job as a Chief Mate for Maersk that, over a 4 year period of time, he was required to violate the work/rest hour laws that comprise the STCW (Standards of Training, Certification and Watchkeeping).

The STCW provides, in part, in 46 USC 8104(d), that “A licensed individual or seaman in the deck or engine department may not be required to work more than 8 hours in one day.”; and in 46 CFR 15.1111 (a) “Each person assigned duty as officer in charge of a navigational or engineering watch, or duty as a rating forming part of a navigational or engineering watch, on board any vessel that operates beyond the Boundary Line shall receive a minimum of 10 hours of rest in any 24-hour period.”

While there are some exceptions to the foregoing, the rest received may not be less than 70 hours in any 7 day period. Further, he must receive at least a 6 hour uninterrupted rest period daily.

As a result of his long working hours and inability to receive enough uninterrupted rest, Ms. Skye alleged that he was diagnosed with Left Ventricular Hypertrophy by his cardiologist, Dr. Joseph Wachspress, in June 2008.  This condition is a physical thickening of the left ventricular portion of the heart, making it difficult for the heart to pump blood and significantly increasing chances of a heart attack. Further, he was diagnosed with an adjustment disorder by his psychiatrist, Dr. Arnold Goldman, in 2008. Both his cardiologist and psychiatrist related his injuries to his working conditions aboard the Sealand Pride and recommended that he retire early, at age 54, from working aboard ships. During his last year of work, he earned approximately $171,000 and received approximately $36,000 in fringe benefits (food, shelter, medical care, etc.)

Mr. Skye was also a licensed attorney. He went to law school in the 1980’s and practiced for a short period of time thereafter, deciding to return to a life at sea thereafter. Although his doctors do not restrict his ability to earn a living as a lawyer,  because he has not practiced law since the 80’s, he is currently finding it very difficult to earn any significant amount in his practice as a lawyer. Nevertheless, Plaintiff’s vocational rehabilitation expert, Dr. Robert Lessne, testified that if he were able to find a job with a law firm as a lawyer, he could expect to earn approximately $69,000 based on his current level of expertise. Dr. Lessne further testified that William Skye’s working life expectancy, from the point that he retired in 2008 was approximately 17 more years.

During trial, Plaintiff presented the testimony of two former Maersk employees, Michael McCright and Steven Krupa. Michael McCright was a former relief Chief Mate aboard Maersk ships and he testified as to the difficult job that chief mates working for Maersk faced and that it was impossible to do the job without working a significant amount of overtime, which was exhausting. Steven Krupa was a former fleet manager for Maersk and testified that ultimately Maersk was responsible for complying with the STCW laws but that Maersk did not affirmatively do anything to check that its crew members were able to complete their job duties and comply with the STCW work/rest hours.  Mr. Skye also presented the testimony of one of the Maersk captains under which he worked, Cpt. James Brennan, who testified that William Skye was a good and competent Chief Mate who would complain to him that complying with the STCW work/rest hours was difficult.

Maersk was represented by defense attorneys, David Horr and Stephanie Wylie, who are two of the best lawyers defending shipping companies and cruise lines in Miami.They presented arguments that it was primarily Mr. Skye’s responsibility as Chief Mate to make sure that the work/rest hours were complied with. Further, they argued that Mr. Skye failed to delegate tasks which would have made it feasible for him to comply with the work/rest hours and allowed him to obtain uninterrupted rest.

Additionally, Maersk argued that Mr. Skye’s injury was caused by cardiac conditions which he began complaining of in 2000 and, as such, his filing of a lawsuit in May 2011 violated the applicable three year statute of limitations. Maersk also presented testimony from cardiologist, Dr. Theodore Feldman, who testified that the left ventricular hypertrophy did not preclude him from working aboard ships and was easily controlled with medication.  Maersk also presented testimony from maritime safety expert, Captain Douglas Torborg, who went through three and a half years of duty logs (work hour logs) regarding Mr. Skye and testified that, based on the exceptions to the work/rest hours of the STCW, the working hours did not constitute a violation of the laws.  Douglas Torborg admitted that he has billed Maersk’s lawyers approximately $60,000 for his work in reaching those opinions. Lastly, Maersk argued that Mr. Skye had long planned to retire in 2008 before finding out about his hear condition.

In the end, the jury did not find that there was statutory violations of the STCW laws. They did, however, find that Maersk was negligent and that its negligence was a legal cause of Mr. Skye’s injuries.  As a result of such injuries, which were first able to be discovered by Mr. Skye in 2008, he was forced to retire 10 years early. They awarded $2,088,549.00 (present value) for those 10 years of lost wages.  The jury also found that Mr. Skye’s non-economic damages totaled $273,750.00. They found Maersk 25% negligent and William Skye 75% comparatively negligent.

I asked Mr. Horr if he has a comment and we will  update this story if we receive additional comments from the defense side.