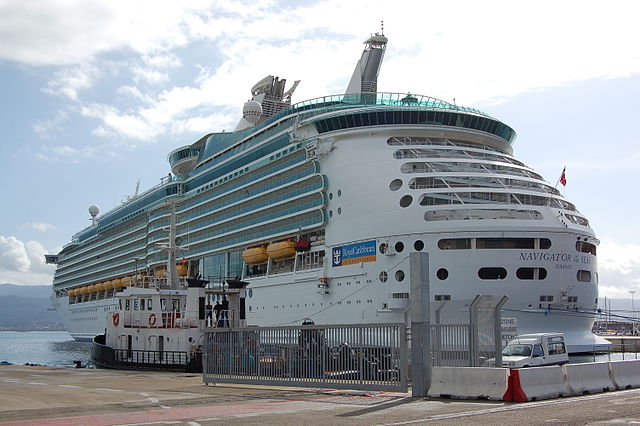 The Jamaica Gleaner reports that 2 U.S. men aboard Royal Caribbean’s Navigator of the Sea, which docked in Falmouth Jamaica yesterday morning, are accused of raping a female passenger aboard the cruise ship.

The Gleaner says that the "men were accused of raping a female passenger who they were partying with the night before on the vessel."

The sexual assault reportedly occurred at 5:30 AM, yesterday morning, when the cruise ship was sailing approximately 50 miles outside Jamaican waters.

The Gleaner also says that the Federal Bureau of Investigation (FBI), with assistance from the Jamaican police, is investigating the incident.

It is less than clear what this means as the FBI typically does not travel to the Caribbean ports to investigate crimes like this. The typical situation is for the FBI to get involved only after the cruise ship returns to an U.S. port. Sometimes the victim will get off of the cruise ship at the next port and fly back to the U.S. in circumstances like this.

Sexual assaults are not infrequent on cruise ships, particularly given the tremendous amount of alcohol sold by the cruise lines.

The newspaper says that the Navigator will return to Galveston tomorrow, "where the accused will be processed."