7 New Belize reports that a cruise passenger died yesterday while snorkeling in Belize’s waters.  American tourist, Diana Mechling, age 59, was reportedly snorkeling at Goff’s Caye in Belize when she was struck by the propeller of a catamaran.

The newspaper in Belize indicates that Ms. Mechling was treated at Belize Medical Associates where she died.  According to a representative of Holland America’s agent in Belize, Cruise Solutions, the passenger was on a snorkel excursion tour when she was injured. 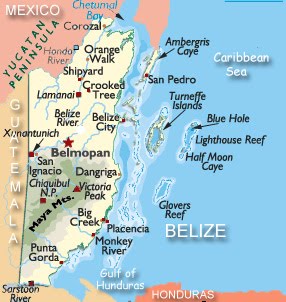 Ms. Mechling was in Belize on Holland America Line’s Ryndam cruise ship.  Cruise lines like HAL are legally responsible for investigating the excursion companies with which they do business and making certain that the tour companies have adequate safety rules and regulations for the protection of the cruise passengers.

The newspaper states: "apart from being a terrible personal tragedy for Mrs. Mechling’s family, It is a huge black eye for an already suffering cruise industry – and major fallout is expected."

There have been numerous unsettling stories about the cruise industry coming out of Belize recently.  7 News Belize reported  on a  21 year old cruise passenger who went overboard from Royal Caribbean’s Liberty of the Seas cruise ship in Belize waters last month.  The story has received no coverage in the U.S., even though the cruise line is based here in Miami and the deceased passenger’s family retained counsel in Miami. Caribbean, which is looking to expand its operations, and the small village of Placencia which is fighting to keep the cruise line out.

The local news stations in Belize, 7 News Belize and Channel Five Belize, are continuing to report on the investigation into this incident.

Ms. Mechling’s funeral in Westerville Ohio is on Friday, February 11, 2011.

Her orbituary can be viewed here.

7 News Belize reports that the Port Authority Belize "has concluded its investigation into matter and found that the Captain of the boat Reef Rocket, Martine Manuel Pariente was negligent.

According to a release from the authority, around 1:30 pm last Wednesday, Mechling was in a group of tourists that was getting off the Reef Rocket when she got entangled in one of the boat’s propellers and received a large cut wound to the lower pelvic and thigh area.

We note that this differs from the police account which last week said that she somehow ended up snorkeling under the vessel.

But based on its finding The Port Authority has decided to charge 55 year old Pariente with negligently causing loss of life, and has suspended his captain’s license. The Reef Rocket has been prohibited from sailing pending further inquiries."