A super busy week took me away from the computer for the last week.  What a fun week at Cruise Law and in the strange world of cruising:

Lose Some / Win Some:  A trial involving our client, an injured passenger, ended poorly for us and well for Royal Caribbean which obtained a defense verdict after a three day trial (and two years of litigation).  The case was defended by the law firm of Horr, Novak & Skipp.  Although he got popped last year with a verdict over $9,000,000 in a cruise line case, Mr. Horr is, in my opinion, the best defense lawyer for the cruise lines in Miami.  Supported by the usual small army of cruise lawyers and support staff, he did his usual great job.  This is only the second case Cruise Law has lost in the past ten years.  We are consoled by the fact that the cruise line probably spent over $150,000 defending the case.  A $15,000,000,000 cruise line corporation which pays no U.S. taxes has money to burn.  It’s a nice feeling to see good lawyers like Horr get paid lots of money, especially by the scoundrels at Royal Caribbean.

Another Sexual Assault on the Love Boat?:  According to the LA Weekly Blogs, another alleged sexual assault aboard a Princess cruise ship has ended up in court.  California resident Marisa Foppoli claims in her lawsuit that a crew member aboard the Island Princess sexually assaulted her while cruising from Acapulco to Florida.  The passenger alleged that the crew member had a "prior, similar incident of misconduct" while employed aboard one of Princess’ ships.

More Drugs on a Royal Caribbean Cruise Ship:   Two weeks ago, we blogged about three Royal Caribbean crew members (cooks) who smuggled heroin and cocaine from the Dominican Republic during a stop of the Royal Caribbean’s Enchantment of the Seas and were arrested after the cruise ship reached Baltimore.  Well here we go again.  CBS News reports that $100,000 worth of cocaine and heroin were found in a crew only area on the same cruise ship which has been sailing from Baltimore to the Caribbean islands.

Is it any surprise that Royal Caribbean galley workers earning less than $600 a month are enticed to supplement their income smuggling some smack and blow?

Cruise, Crime, and Beheaded Mexicans is Hard to Sell:  Speaking of drugs, last week Carnival said Thursday that it is pulling the last of its cruise ships (the Carnival Spirit) out of southern California to Australia next year. 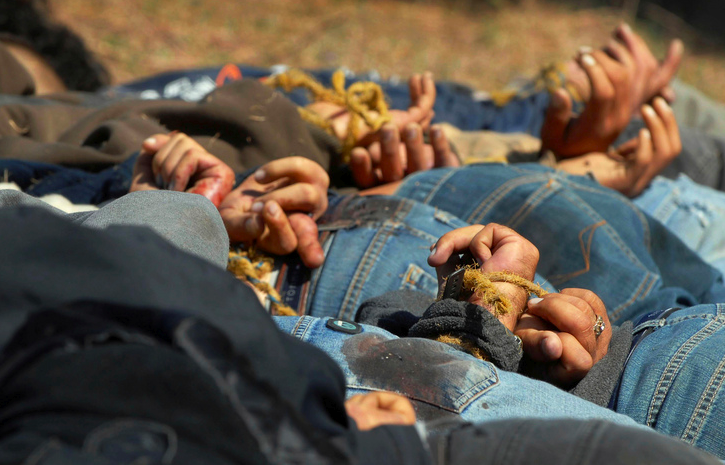 Tomorrow Royal Caribbean’s Mariner of the Seas is making its final voyage from the Port of Los Angeles and will re-position to its new home base of Galveston, Texas. Norwegian Cruise Line’s Star cruise ship will leave Los Angeles in a couple of months to reposition to Tampa.

The Los Angeles Times has reported that drug-related violence has meant fading interest in cruises to Mexico, the chief destination of California-based ships.  The AP reports that although the port officials and cruise industry have tried to emphasize that most violence in Mexico takes place away from cruise destinations, the message has a hard time "competing with images of beheaded bodies on the news."  Ugh.

But this is not new news.  Last summer we reported that Royal Caribbean and Norwegian Cruise Lines Pull Ships From L.A. Due To Crime In Mexico.

Sexual assaults on the Love Boat?  Drugs on a Royal Caribbean cruise ship?  And cruise lines unable to sell cruises to Mexico?    Nothing new here . . .