Skip to content
A number of news sources covering the stranded Carnival Splendor cruise ship have featured members of the International Cruise Victims organization (ICV).
Public Radio:  Today, KPCC South California Public Radio interviewed the Chairman of the ICV, Kendall Carver (photo below), and me regarding the issue of cruise passenger safety issues. Listen here  Here is the text from the public radio station:
"Two tug boats are slowly towing the Carnival Splendor cruise ship and her 4,500 passengers towards San Diego today. The 952-foot ship, which left Long Beach on Sunday for the Mexican Riviera, has been adrift since an engine room fire early Monday. Rather than lavish meals, passengers are surviving on Spam, Pop Tarts and canned crabmeat flown in by helicopter. Friends and families of stranded passengers are concerned because communication with their loved ones has been severely limited. It’s expected that the Splendor will arrive in port in San Diego late Thursday. Critics say there are serious safety lapses throughout the cruise industry and this accident was waiting to happen. What’s being done to protect passengers?"

Jim Walker, Maritime attorney based in Miami and editor of “Cruise Law News” be. Left powerless by an engine fire shortly after embarking on a seven-day cruise to the Mexican Riviera, the Splendor is expected to be towed into port in San Diego late Thursday. If the ship cannot make sufficient speed under tow, it is possible it will be taken to Ensenada, company officials said.

An early morning fire in the generator compartment Monday knocked out several of the ship’s operating systems and left the nearly 4,500 passengers and crew members without air conditioning, hot food and telephone service. Even the flush toilets were down for a while.

With communications largely cut off, it’s unclear what kind of hardship passengers have had to endure. But Carnival Chief Executive Gerry Cahill acknowledged in a statement that passengers were dealing with an "extremely trying situation."

"Conditions on board the ship are very challenging, and we sincerely apologize for the discomfort and inconvenience our guests are currently enduring," he said.

The "gourmet delicacies" of the " Manhattan chic" Pinnacle Steakhouse were replaced by 70,000 pounds of bread, canned milk and other emergency supplies, which were flown from the North Island Naval Air Station at Coronado to the U.S. aircraft carrier Ronald Reagan and then helicoptered out to the Splendor, stranded 160 miles southwest of San Diego. The company is paying the military for the food and supplies, officials said.

"There are significant risks as these ships get bigger and bigger," said Kendall Carver, president of International Cruise Victims. "This one held over 4,000 people. The new ones owned by Royal Caribbean hold over 6,000 passengers and 2,000 crew members, over 8,000 people. A fire on a ship like that would be disastrous." The Carnival Splendor experienced its problems relatively close to several major ports, making rescue possible in only a few days.

"If it was hundreds of miles out, and you had a fire that wasn’t suppressed, and you had rough weather, you’d have a complete disaster," said Jim Walker, a Miami-based attorney who specializes in cruise line litigation.

Although the $40-billion cruise ship industry — and its vessels — has been growing, it has been dogged in the last decade with controversies over passenger health and safety. Carver helped start International Cruise Victims after his daughter, Merrian, disappeared while on an Alaskan cruise in 2004.

The organization has pushed for stiffer laws regulating the cruise ship industry; just four months ago, President Obama signed into law tougher new rules for reporting crimes at sea, improving ship safety and training staff to collect evidence of crimes. The changes will go into effect in 2012.

But the new law makes only passing mention of fire safety issues, even though "the most serious event that can happen on a cruise ship is a main space fire, which is what happened on the Splendor," said Mark Gaouette, former director of security for Princess Cruises and author of the recently released "Cruising for Trouble."

On a Navy ship, Gaouette notes, every person has a fire-fighting role, and the crew is trained constantly in how to respond to a fire. On a cruise ship, "two-thirds to three-quarters of the population are passengers. They become problems and liabilities in a major fire. They have to be shepherded to safe areas."

Statistics are hard to come by for incidents on cruise ships, but Gaouette said the website cruisebruise.com lists eight major fires on cruise ships in the last five years, compared with just three in the previous seven years.

"As cruise ships become larger and their number increases on the high seas," he said, "the threat of fire and other risks to passengers will increase proportionally."

On the Splendor at 6:30 a.m. Monday, the 3,299 passengers were evacuated from their cabins and told to go to the ship’s upper deck. They were later allowed to return. By afternoon, the U.S. Coast Guard had dispatched three cutters and an HC-130 Hercules helicopter to the ship’s aid. The Mexican navy sent aircraft and a 140-foot patrol boat.

The Coast Guard has remained in contact with the ship throughout the ordeal, officials said. Whether the ship goes to San Diego or Ensenada, the company has promised to transport passengers back to Long Beach.

Miami-based Carnival Cruise Lines has promised a full refund for passengers and a complimentary future cruise equal to the amount paid for this voyage, which was scheduled to visit Puerto Vallarta, Mazatlan and Cabo San Lucas. The company announced that the Nov. 14 seven-day cruise from Long Beach to the same ports has been canceled.

"The safety of our passengers and crew is our top priority, and we are working to get our guests home 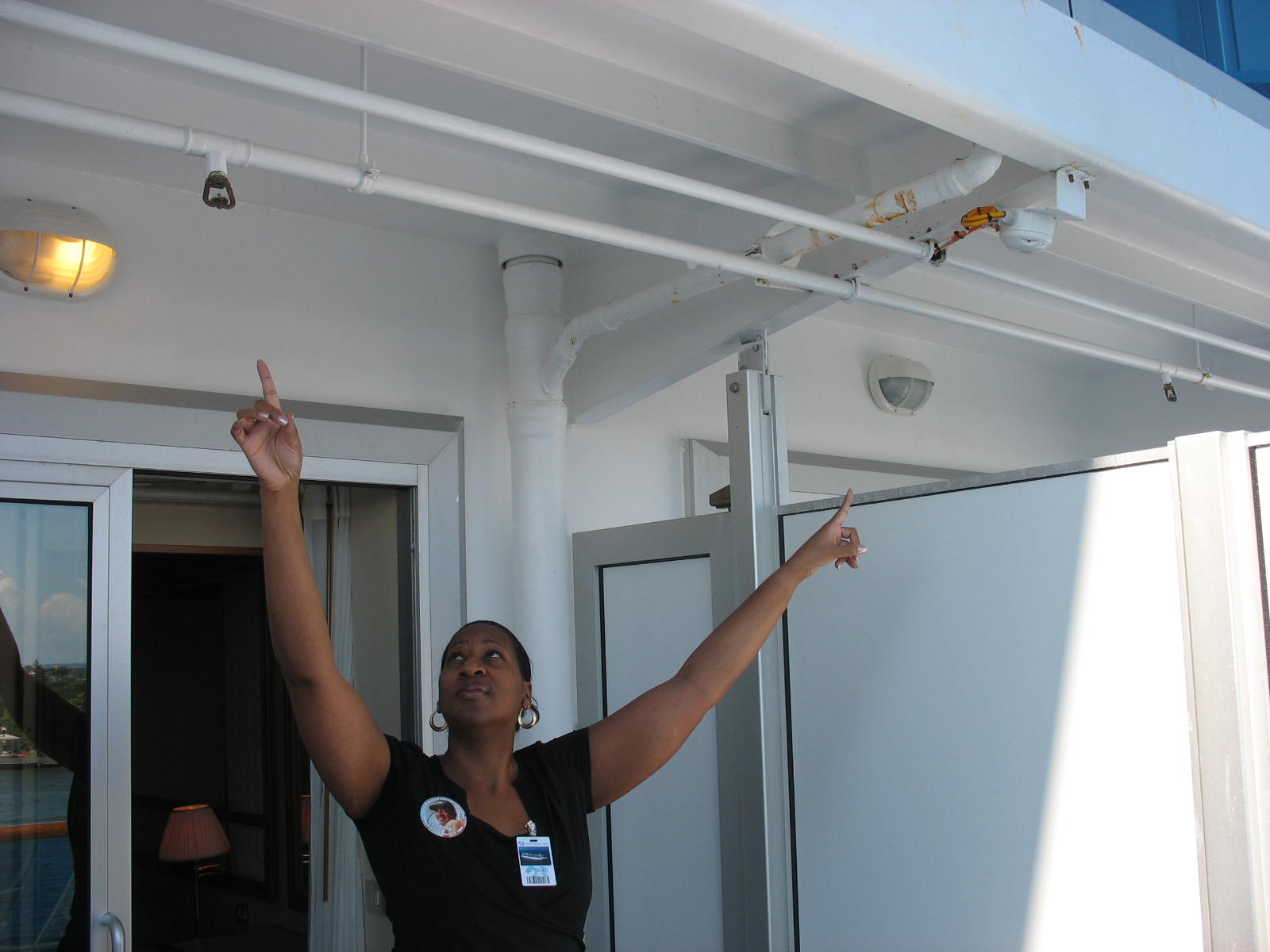 as quickly as possible," said Cahill of Carnival Cruise Lines. Carnival Corp., which also includes such lines as Princess Cruises and Holland America and has 98 ships worldwide, reported revenues of $13.2 billion in 2009.

A spokeswoman for the Cruise Lines International Assn. did not respond to requests for comment. The organization’s website says the U.S. Coast Guard calls cruising "one of the safest modes of transportation, and the industry is constantly striving to improve its safety procedures. Over the past two decades, an estimated 90 million passengers safely enjoyed a cruise vacation."

But that is little comfort to Lynnette Hudson, whose father died of smoke inhalation during a fire on the Star Princess, which is operated by Carnival, in 2006. It was his first cruise, she testified to Congress, and he was celebrating his 72nd birthday.

Hudson pushed for the more stringent standards that were signed into law this summer and is still fighting for stiffer laws. "I think if there’s a major fire on a cruise ship, they’re not prepared," she said in an interview. "They don’t have sufficient training."