It caught my attention after my family just returned from a vacation from British Columbia, where my kids surfed and we went whale watching in the B.C. waters.

Environmentalists’ believe that waters off British Columbia in Canada are the "toilet bowl of North America" as dozens of cruise ships heading to and from Alaska dump sewage in Canadian waters.  U.S. regulations in states like Alaska and Washington have tightened in the last decade 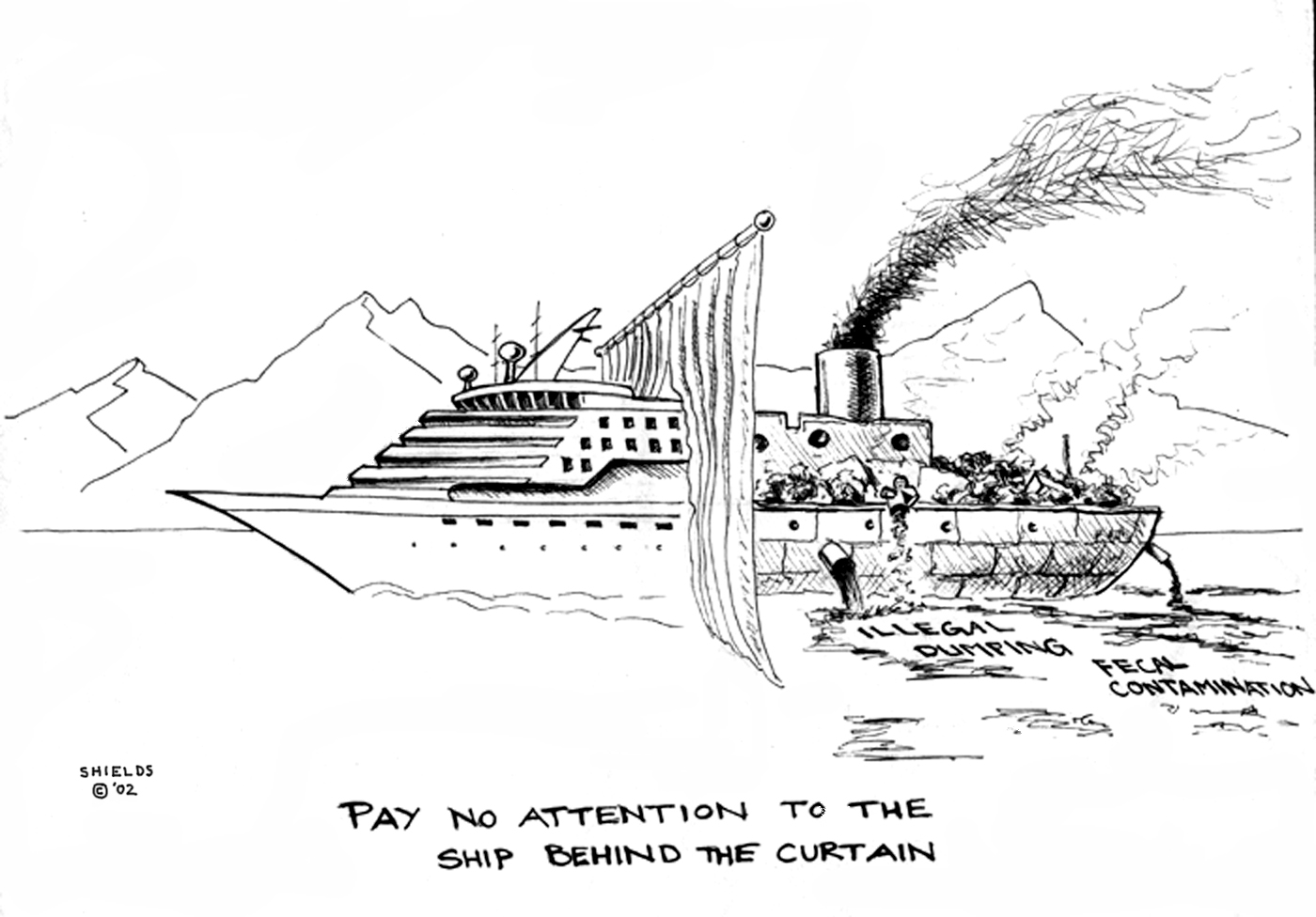 The article indicates that cruise ships have another option: they can dump sewage and grey water —waste water from showers, sinks and laundry — into B.C. waters where rules are "lax."

Cruise ships are taking advantage of Canada’s weaker laws on sewage discharge to save money.

"B.C. is now the toilet bowl of the West Coast of North America. In Canada, says Ross Klein, a professor in Canada.  Klein points out that Alaska and Washington monitors grey water discharges, but there is no such monitoring in Canada where cruise ships are free to dump.

The article points out that the U.S. cracked down on cruise ships in 2007 when the Mercury cruise ship operated by Celebrity Cruises was caught illegally dumping into waters between Washington and Vancouver Island.

The Mercury faced 10 charges, but three charges were dropped because the infractions were in Canada.  Celebrity received a $100,000 fine in Washington, but didn’t face any punishment in Canada.

I have written many articles about the cruise industry’s practice of pollution  Here are a few to consider:

Reason No. 9 Not To Cruise: Bunker Fuel – Nasty Tar Sludge!

When I began practicing maritime law, cruise lines openly dumped raw sewage into the water and threw hundreds of black garbage bags overboard during every cruise.  Only through the enactment and enforcement of legislation has there been an improvement in the U.S.   But the cruise lines are free to pollute in the waters of countries like Canada and the powerless Caribbean islands which are desperate for U.S. tourist dollars.