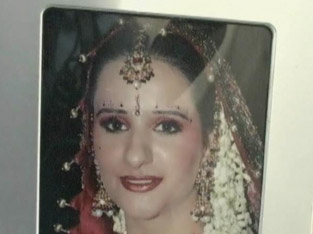 The Press Trust of India reports that the police in the city of Gurgaon lodged a "FIR" (dowry complaint of harassment) against Royal Caribbean crew member Ankit Dalal (and his family) after his wife Neha Chhikara apparently committed suicide by jumping off the Royal Caribbean cruise ship Monarch of the Seas on December 31, 2009.

Dowry is an agreement where the bride’s family agrees to pay a certain amount of money and/or goods in kind to the groom’s family as part of the arrangement of marriages in India.

The complaint police lodged against the Dalal family also includes charges of  beating and criminal breach of trust.

This story raises issues of what happens to young women whose families are accused on not paying sufficient dowry.  There are numerous reports of violence in dowry related disputes.  Consider reading and reviewing the Flickr photographs of "Roopas Story – the Voice of One Dowry Victim." the world, including many crew members from India who work in the food and beverage departments of the cruise ships.

This cruise line is suppose to have a "zero tolerance" program against harassment of women.  If the reports of abuse in the press are accurate, the issue arises why the crew member’s supervisors or other crew members did not intervene before this tragedy occurred.

We previously reported on this story:

A Bride’s Despair – Did Dowry Dispute Lead to Death?