Courthouse News has published a copy of the lawsuit our firm filed against Celebrity Cruises following the alleged rape of an unconscious female crewmember aboard the Celebrity Equinox.  You can read the allegations in the lawsuit here.

According to the lawsuit papers, in October 2010, a crewmember employed as an assistant sales clerk working for a perfume concessionaire aboard the Celebrity Equinox, was raped on the cruise ship in the early morning hours after leaving the crew bar.  "Jane Doe" awoke to find another crewmember sexually assaulting her.

The ship doctor did not administer any anti-retroviral medications to Jane Doe.  She was permitted four days off from work and thereafter returned to full time duty.  Neither Celebrity Cruises not her employer, Harding Brothers which operates the perfume concession, provided her with a psychiatrist, psychologist or counselor despite her many requests for help dealing with the trauma.

Jane Doe ended her employment on the cruise ship in February 2011.  Jane Doe is from South Africa.  She is unemployed.  Neither Celebrity nor Harding Brothers have provided her with any medical treatment or assistance after she left the cruise ship as required by the doctrine of "maintenance and cure."

Celebrity and its parent company Royal Caribbean have known about the high rate of sexual assaults on cruise ships for over a decade. 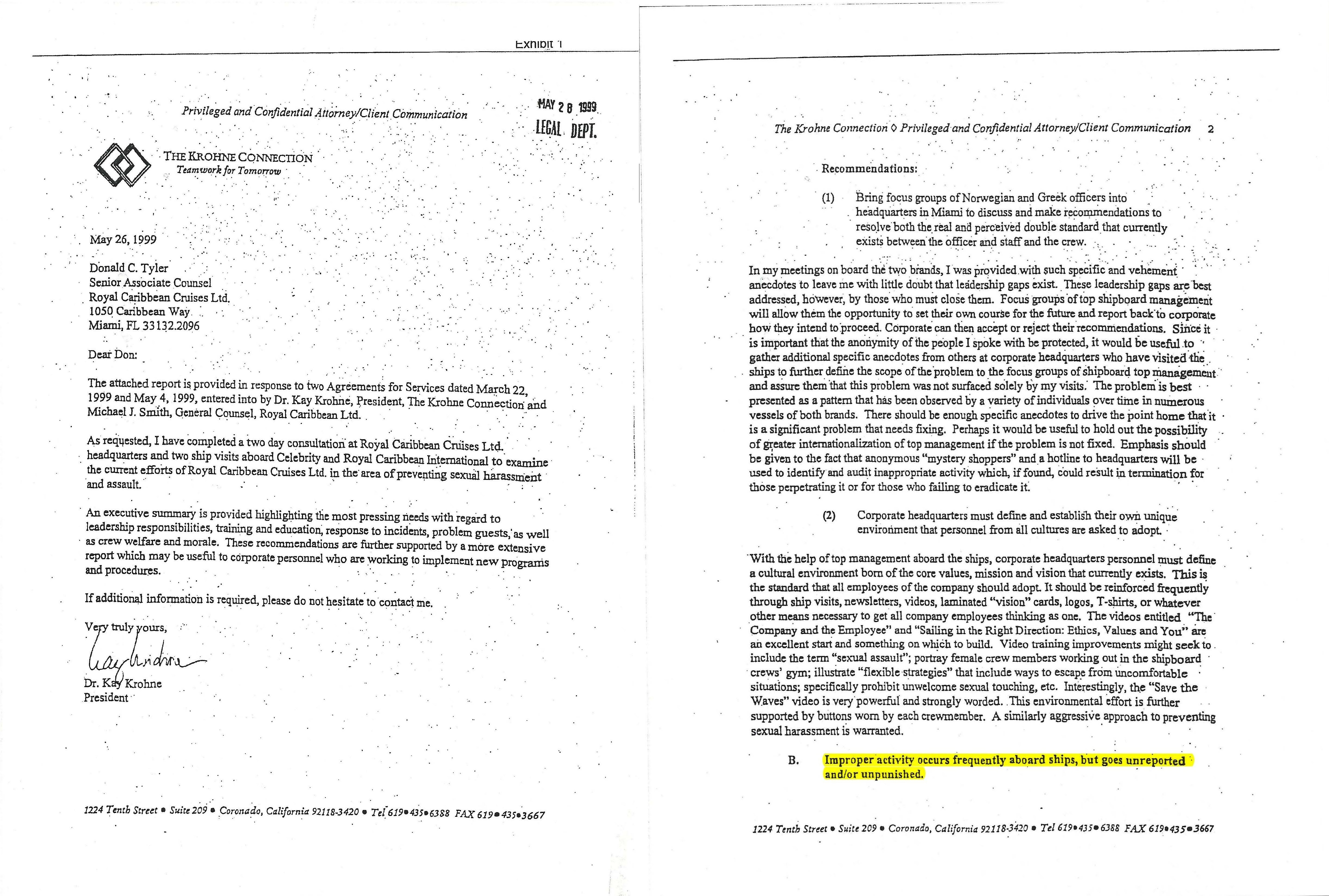 After conducting an extensive analysis of the Royal Caribbean / Celebrity fleet, these experts concluded that sexual misconduct occurred "frequently" during cruises.  They attributed this problem to the fact that most crew members were not afraid of being arrested, much less convicted.  Dr. Krohne reported that the worst thing that could happen to a crew member who committed a crime on a Royal Caribbean or Celebrity cruise ship was to be sent on a one way flight home.

Last summer, we reported on a similar sexual assault allegation involving a crewmember from South Africa. "Taryn" was employed as a beauty therapist on a Royal Caribbean cruise ship.  Another crewmember employed as a fitness instructor allegedly raped her.  The cruise line reportedly sent her home after reporting the incident and refused to provide her with medical treatment or living expenses as required by the maritime law.  Her assailant was not prosecuted.

We wrote about the case in an article Cruise Rape – Is Royal Caribbean Up To Its Old Tricks?

Women on cruise ships need to be aware of the danger of rape, especially after drinking alcohol.  Crewmembers should also know that if they are sexually assaulted on a cruise ship, they entitled to treatment with psychiatrists and counselors until they reach their maximum medical improvement.